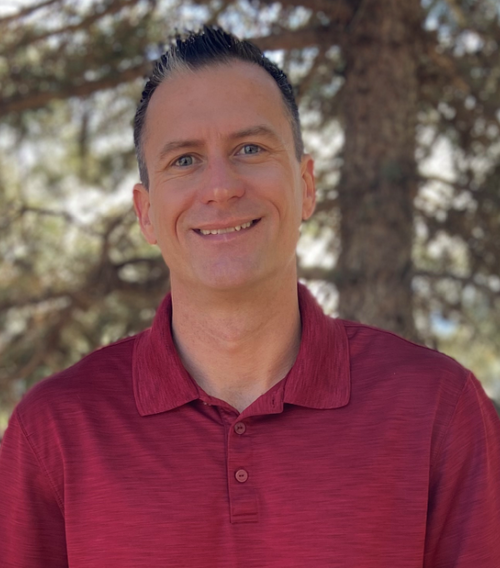 At the age of 13, Pastor Ryan moved from upstate New York to East Central Florida where he grew up. During his senior year in high school, he met his wife, Megan, and they were married in July of 1997. Shortly after, Pastor Ryan joined the US Army where he was an M1A1 Armor Crewman. After responding to the Gospel in 1999, Pastor Ryan immediately began to sense a call on his life. After many failures and many ups and downs, he submitted to God's will and started serving at Calvary Chapel Melbourne in Melbourne, FL. It was there he attended a School of Ministry at Calvary Chapel Bible College. Over the years the Lord has blessed him with 4 beautiful children and 1 amazing granddaughter. In May of 2017, Pastor Ryan was sent out to plant a church in Colorado.
Contact

Megan grew up in Fairmont Hot Springs, British Columbia, Canada. At age 15 she moved to East Central Florida where she would attend Palm Bay High School and Indian River State College. In 1999, Megan realized all Jesus had done for her and decided to become His disciple. She was baptized with her husband, Ryan, on the same day and the journey had just begun. Megan serves as a Pastor's wife, homeschooling mom of 3, a member of the worship team and the backbone of Calvary Impact Church.

My wife and I moved to Colorado after we both served in the Air Force. We moved to Evergreen to be a part of the mountain community. I didn't seek God, but he sought after me. He placed a conviction on my heart to study His word. Calvary Evergreen which is now Calvary Impact Church has helped me understand God's calling in my life. If I can share any words of encouragement, Romans 12:2 is the verse for those that relate to me. By trusting and abiding  in the Lord you will understand God's will for your life. God reached out to me and I know he is reaching out to you too! My joy is in the Lord!

Romans 12:2 - Do not be conformed to this world, but be transformed by the renewal of your mind, that by testing you may discern what is the will of God, what is good and acceptable and perfect.